Spirent Communications - a rich history that dates back more than 80 years.

Spirent’s history dates back to 1936 and the formation of Goodliffe Electric Supplies Ltd, with a mission to fill niches in the electrical and electronics market and be highly responsive to the needs of its customers.

Since then, Spirent has evolved to become a world leader in addressing the test, assurance, and automation challenges of a new generation of technologies: 5G, SD-WAN, Cloud, Autonomous Vehicles and beyond with an innovative portfolio of product and services. 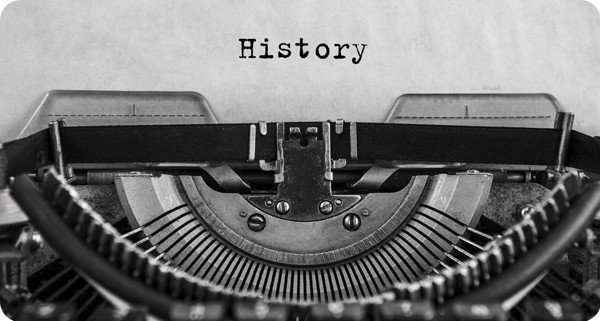 1936
Jack Bowthorpe, the founder of the group of companies that was to become Spirent Communications plc, formed Goodliffe Electric Supplies Ltd in London, England with £2,000 in capital provided by relatives - the Goodliffe family. The business’s strategy was to identify, and fill, niches in the electrical and electronics market - a strategy that continued into the 1990s.

The Company quickly expanded, moving to new premises in Croydon, South London and becoming known as the Bowthorpe Electric Company Ltd after Jack bought out the Goodliffes.

1938
Bowthorpe Electric established a UK joint venture company, Hellermann Electric Ltd, with Paul Hellermann GmbH, forming the basis of what was to become the Bowthorpe Group.

1942
With the Second World War bringing unprecedented demand for electrical wiring, the innovation of Bowthorpe and team resulted in the first technique for labelling wiring used in aircraft.

1948
The Bowthorpe Group moved to Crawley, West Sussex (where its headquarters remain today) as it needed additional space to support its growth. A year later, the Company was incorporated as Bowthorpe Holdings Ltd and continued to expand in the following years, acquiring a number of overseas businesses.

1978
Upon Jack Bowthorpe’s death Ray Parsons, his very first employee at Goodliffe Electric, assumed the role of Chairman, to be joined by chief executive Dr. John Westhead a year later. Together, they embarked on a journey to grow Bowthorpe into a diversified global conglomerate with a focus on niche electrical and electronic products.

1994
Bowthorpe plc had evolved into a large and successful diversified business with more than 100 subsidiary companies, supplying components and accessories to niche technology markets in defence, aerospace and telecommunications and into a broad range of industrial applications.

1995
The Company made its first move into the communications test market with the acquisition of Telecom Analysis Systems of New Jersey, USA.

1997
Bowthorpe announced a change in its strategic direction, with a focus on investments in high-technology markets with high growth potential.
Several acquisitions of communications test and service assurance companies followed over the next three years, predominantly in the US, while sales operations expanded to support the Company’s global growth goals. Over the same period, Bowthorpe accelerated divestment of its newly non-core businesses.

2000
A new identity “Spirent” was launched, reflecting the Group’s culture of “inspired innovation”. The Company officially changed its name to Spirent plc on 12 May, reaffirming a strategic focus on high-growth, high-margin, high-technology activities and on building a world-leading communications test and service assurance business.

2006
Following further divestments of its non-core activities, the Company changed its name to Spirent Communications plc and reorganized into two communications divisions: Performance Analysis and Service Assurance. A third division, Systems, was a leading global designer and supplier of DC and AC controllers for specialist electric vehicle applications.

2007
Spirent delisted from the New York Stock Exchange after determining that the cost, onerous reporting and low trading volume challenges outweighed the benefits to Spirent and its shareholders.

2012
Spirent divested the last of its non-core businesses, the Systems Division (which traded as PG Drives Technology).

2013
Spirent embarked on a fresh long-term growth strategy, reorganizing under new leadership. Investment was increased in product development and sales and marketing, with the objective of creating long-term value by fully harnessing the Company’s market-leading capabilities and talent.

Today
While Spirent today may be a very different company to the one that Jack Bowthorpe established over 80 years ago, it still embraces the same core values. It remains customer focused, champions innovation, values its employees and maintains its ability to adapt to constantly changing markets.

Actions taken in recent years have also resulted in a much stronger organisation, both operationally and financially, accelerating Spirent’s sustainable, profitable growth strategy and its ambition to be the global leader and trusted partner for innovative technology test and assurance solutions.